Deglobalization is a term given to a process where the dependence and connection among certain groups in the world get reduced. 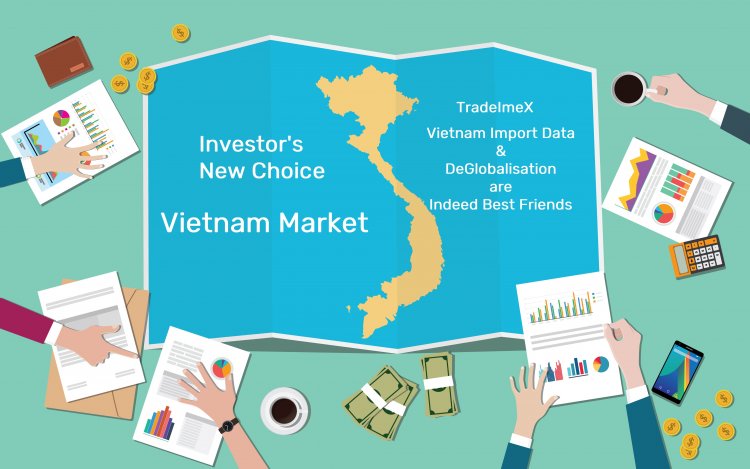 THE MEANING OF DEGLOBALIZATION CAN CHANGE YOUR LIFE

Deglobalization is a term given to a process where the dependence and connection among certain groups in the world get reduced. In simple words, it is a time when economic trade and investment decline between countries. In the economic history of this world, deglobalization has happened twice. It happened for the first time during the great depression in the 1930s and the second time in the 2010s.

If we talk about the measures on which deglobalization can be measured are the same as they are in Globalization. If we name them, then they are as follows:

Indeed, Vietnam has emerged as one of the winners of Deglobalization. Although Vietnam is within the range of deglobalization, it has survived the push in a decent way till now. A considerable increase is seen in Vietnam Import Data in the past few years. Economists and marketers are focusing on China, but they are paying less stress on the winners of this time, most specifically towards Vietnam and Vietnam Import Data statistics.

There is no doubt that China is the global leader in import and export services for the past few decades. Being a global leader, China has given a significant boost to its GDP and hence, moving towards the USA. But now, in the post-Covid scenario investors are not really interested in investing their hard-earned money in China due to the increase in the prices of land and labor that is available in China.

Moreover, China is investing large amounts in developing its technology and is trying to become self-reliant in the field of technology and most specifically in manufacturing semiconductor devices and nanochips for automobiles. Due to this also, investors are afraid and not willing to invest in China.

Investors are finding Vietnam as a potential and growing market currently after analyzing Vietnam's trade data and Vietnam Import Data. As Vietnam is located in the South of China and has a connection with the South China Sea, hence the transportation of goods can be very easy and quick. As Vietnam comes with a much cheaper workforce and land, investors find the country the best option for the final stage of the assembly of goods.

Although most of the technical work is done in another country, for final assembly which doesn’t require much-experienced labor, investors choose the Vietnam market for this work. Because of the high prices of labor and land in China and other countries like Thailand, the Vietnam market has emerged as the best alternative for the final stage of the assembly of goods.

Another distinctive feature of why the Vietnam market is selected from others as it is a much younger country, and most of its population is of working age. Being younger means, the labor is more active, quick, creative, and cheap.

EVIDENCE THAT VIETNAM IS AN EMERGING ECONOMY

As stated above, Vietnam is seen as a potential market in the world due to cheap labor and land. Due to this, Vietnam Import data is experiencing a positive increase. Some big companies and players of the world like Samsung, Apple, and Foxconn have already invested in the country.

If we talk about Samsung, then we will be very surprised that it invested a whopping amount of USD 920 Million in the factories in Vietnam. After seeing this, Apple has also increased its investment amount in Vietnam as compared to the previous year.

Among all this, a strong step has been taken by Samsung to manufacture semiconductor devices in Vietnam due to China’s policy of self-sufficiency. This project will begin in the year 2023 and on seeing this, many potential and big investors have also ditched the Chinese market and invested in the Vietnamese market.

As we share this information with you, we are sure that according to the rise in Vietnam Trade Data numbers and the frequent investments that are being done in Vietnam by big investors on a frequent basis, Vietnam has the best opportunity to grow as the biggest import-export giant in the coming years. Vietnam has a bright future ahead. We advise that if you are the type of person who is associated with trading on a frequent basis, this is the correct and sweet spot for you to invest in the Vietnam market and see your profits growing unconventionally.

If you want personalized analysis and guidance about Import Export data or Global Trade Data of any country, then get in touch with TradeImeX® Info Solution Private Limited. TradeImeX® Import-export data provider strives to deliver accurate global trade data to people from more than 70 countries. We deal in providing best-in-class advice in identifying the potential market as per the products and services and hence, help businesses to skyrocket their sales and profits and create their presence in the international market.

A brief overview of Mobile Handset Export from Vietnam

An Overview of Vietnam's Export Industry

Global Export-Import Slew in January-February due to Coronavirus outbr...