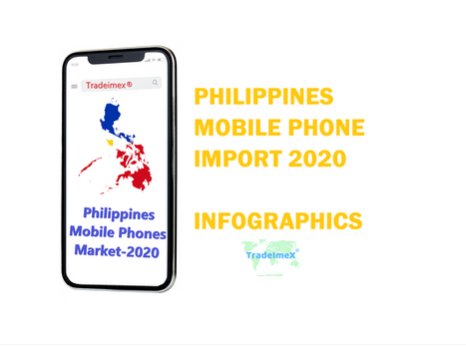 SMARTPHONES IN THE PHILIPPINES
Smartphones are now considered a necessity for most of us to communicate with friends and family, for work, and as a form of mobile entertainment. Today, it is estimated that over five billion people or 67 percent of the global population have mobile devices, and over half of these are smartphones.

Southeast Asia, a region of over 680 million people, has seen incredible growth in mobile penetration over the years. The Philippines which is one of the ASEAN member countries has shown significant mobile penetration rates last couple of years. According to the Pew Research Centre, 55 percent of adults in the country own smartphones, while another 22 percent own mobile phones.

Philippine consumer electronics market spending from 2020-2024 should reach $8.1 billion and spending in 2020 alone should be around $6 billion. The most popular subsectors would include mobile handsets, computer hardware, and audio-visual devices. Many favorable factors have poised this industry for continued growth. The first would be that the Philippine economy has been consistently growing for years and that 60% of its population is under 23 years old. A new middle class is also emerging, and an estimated 1.5 million households will reach an income of $25,000 by 2024. This group will purchase consumer electronics for the first time, and is eager to own mobile devices, televisions, and possibly computers.

The year 2019 which showed a tremendous lift in sales of smartphones is brought to an abrupt end by the covid-19 pandemic. The introduction of the TRAIN Act (Tax Reform for Acceleration and Inclusion) in the Philippines elevated the salaries of certain sectors of employees, encouraging many to upgrade their smartphones in 2019, with a shift to mid-priced smartphones at the expense of lower-priced options. Mid-priced smartphones have higher-quality cameras, larger memory, and other specifications that are relevant in the age of social media. Philippines Import Data The Republic of the Philippines imported US$112.9 billion worth of goods from around the globe in 2019.

That dollar amount reflects a 60.9% acceleration since 2015 but a -1.9% downtick from 2018 to 2019. The Philippines' major export countries are China, Japan, South Korea & the United States. Electrical machinery and equipment are on top of the Philippian import product list out of which Phone system devices including smartphones are the major contributor to $3.3 billion (up 25.1%). As per the Tradeimex Philippines Mobile Import Report, 7333282 pieces of mobile phones were imported into the Philippines in the 3 quarters of 2020 which costs approximately (786255588)USD.

The brand Samsung stands to be the highest-exported handset in the country with imported quantities of its handsets souring high skies. Keystone3 is on top and has the sole of around 330910 pieces with a value of 4503874.

For a better analysis, TradeImeX® Info Solution Private Limited is providing a full Report on the Philippines Mobile Import. We are offering a full customs report from the Philippines at a reasonable price, at the best quality, always a reliable performance, and with effective after-sales service support. The sources of this data are genuine comprising of Philippines Customs, Shipping & Logistics Corporations, Port Authorities till Government Organizations, and so on. Our report includes details like HS codes, supplier, and price, date of shipment, importer.

Contact us for a detailed report on the Philippines' smartphone Import Report. We provide the best analytic advice and prepare the best offline import trade data/Shipment data that provides highly informative data and in-depth information.

Philippines is about to Import 1.2 Million MT of rice in 2019

A brief overview of Mobile Handset Export from Vietnam

Union Budget of India – What It Has for the Enthusiastic Traders of th...